Scholars of late nineteenth-century of “fin-de-siècle” European literature, comparative literature of this era, modern Spanish literature, and women’s studies will find much useful information about hysteria, mysticism, and the relationship between the two."
- Elizabeth Smith Rousselle, author of Gender and Modernity in Spanish Literature: 1789-1920 (2014)

Fredrickson re-invests the 1960s Happening with revolutionary ideology in her fascinating examination of Jean-Jacques Lebel's radical art. She reveals a committed coordinator of deliberately disconcerting challenges to orthodox thinking, as she adroitly negotiates some of the social dilemmas raised by his political poetry-in-action.” 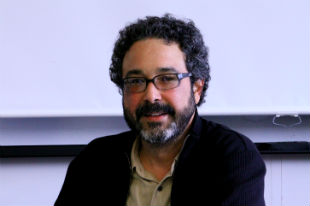 We are proud to begin the new year with a new book by Dr. Jean-Pierre Reed (Associate Professor, Sociology): Sandinista Narratives:  Religion, Sandinismo, and Emotions in the Making of the Nicaraguan Insurrection and Revolution. (Lexington Books, 2020).

Enrique Oltuski, chronicler of and participant in the Cuban revolution once rightly said, "No book can ever convey the greatness of a people in revolt." Jean-Pierre Reed’s magisterial life work, Sandinista Narratives:Religion, Sandinismo, and Emotions in the Making of the Nicaraguan Insurrection and Revolution, is destined to be the book against which that claim is measured.